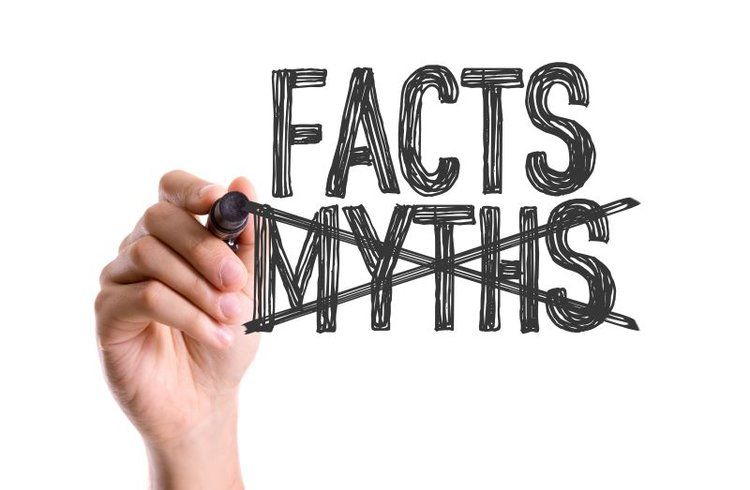 So, you think you know what’s required to introduce a winning culture into your organization? Not so fast. Numerous myths and misconceptions often get in the way of the effort to formulate a desirable culture. Let’s examine some of the most common.

It’s often assumed that because it’s a “people thing,” establishing or fixing corporate culture is the responsibility of the human resources department. Not so. While HR certainly plays a significant role in the development and management of policies that can help or hurt culture, it’s the responsibility of everyone inside the organization to create and maintain a thriving culture. It’s not down to one individual or one department.

The infusion of culture has to be embraced through all levels, from the top down, because it’s a business problem, not a people problem. In particular, it’s imperative that the CEO and managers exhibit the culture’s values because the workforce follows the everyday actions of its leaders. “If those actions are toxic, you’re going to have a toxic culture. If they’re engaging, you will have an engaging culture,” says Stephen Hart, Vice President of Human Resources for the Federal Reserve Bank of Philadelphia.

Who doesn’t love great perks at work? Everyone appreciates a free gym membership or generous mental health days, but perks alone don’t equate to culture. Perks are desirable. They can be fun and surprising. But a great culture is much more than a perk. Culture is about the emotional connection we have with our workplace—how we feel about working there. The right culture makes it easy for employees to create the connections needed to foster collaboration and unite teams as they work toward common goals.

It boils down to how people are treated. You develop a first-class organization by winning hearts and minds. People rally behind their leaders when they feel their leaders believe in them, not because they’ve been manipulated with freebies and bonuses of one kind or another.

Hiring for culture does matter. Hiring people that don’t believe in your values doesn’t make sense because they are harder to acclimate with the processes and people you already have in place.

When you’re recruiting, make sure your new hires are a cultural fit. “If you just hire the smartest or the brightest, it may not work,” says Chris Baggaley, Senior Vice President of Sales for the Auto Club of Southern California.

Keeping your culture at the forefront is even more important when you merge with or acquire another company. Charles Lilly, Program Manager, Talent Acquisition for Hub International, a network of more than four hundred insurances brokerages, knows that all too well. As a one-of-a-kind aggregator of insurance entrepreneurs with close to eleven thousand employees, Hub is constantly integrating new companies. Because of that, “We look at organizations that could be a good fit so it won’t be a huge culture shock to them,” Lilly says.

One thing you can’t do is import another company’s culture in the belief that you can make it your own. “It’s tempting to think that because a company is known for its great culture you can simply hire one of its senior executives to bring that secret sauce with them. At some point, your culture has to organically manifest itself,” says senior HR professional and executive coach Kerrian Fournier.

Yes, it does cost money to give people a compensation and benefits package that makes them feel wanted and appreciated, but creating a truly great culture isn’t dependent on lavish spending. Providing low-cost elements such as the opportunity to be entrepreneurial and involved in decision-making, along with the ability to give back to the community, are as important to employees today as health benefits or a 401(k). In the end, a healthy organizational culture enables your company to make more money, not spend it.

If you redefine the new workplace to embrace and celebrate individuality and empower people to achieve their full potential, you will be rewarded many times over—without having to invest a dime.

MYTH #5: CULTURE IS A PASSING FAD

For many years, CEOs have shrugged off suggestions to work on their corporate culture. The realization that culture is not a buzzword but a vital long-term corporate attribute is finally starting to stick. And it is an historic shift.

Boards see the negative impact of a culture crisis on the value of their companies. Consider the recent sexual harassment crises at Uber and The Weinstein Company. These are just two instances of companies failing to take appropriate action. Uber’s pre-crisis value of $60+ billion plummeted to $48 billion. A planned fire sale of The Weinstein Company collapsed when investors deemed the business’s debt to be higher than they had been led to believe. Lawsuits, investigations, and financial woes abound. As boards across industries assess the staggering costs of ignoring failing cultures, they will lay accountability at the feet of the C-Suite, and the CEO in particular.

MYTH #6: CULTURE IS CREATED ON ITS OWN

There is some truth to the statement that culture is created on its own. You already have a culture, even if you haven’t consciously developed it. Culture is also what happens when no one pays attention, and then you pay the price.

Left to its own devices, culture often bubbles up negatively, hurting the growth and success of the company. As David Katz, Chief Marketing Officer for Randa Accessories says, “Culture is one of a company’s biggest assets—until it isn’t. Then it’s one of its biggest obstacles.


The bottom line is that you have to take responsibility to create the culture you want and not let your culture develop and evolve by chance. Your role is to ensure that your culture has been planned for and developed purposefully and intentionally. Leaving things to chance or hoping a newly introduced leader might solve all your problems is a quick path to failure or disappointment.
Our vision is to help people live more authentic and fulfilling lives by guiding the organizations they are a part of.