Why Culture is the Key to Avoiding Stagnation 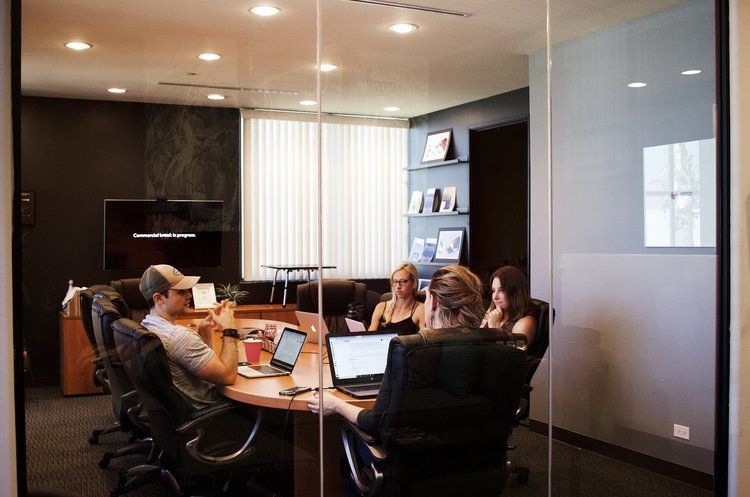 CULTURE IS THE KEY TO AVOIDING STAGNATION.

Culture is a shared, adopted belief system that allows employees to work together toward a common goal. It includes beliefs about mission and values, as well as beliefs about the work experience itself. The challenge is to articulate these ideas and beliefs in a way that is meaningful to employees.

When organizations prioritize culture, engagement improves. This drives tangible business outcomes that include a 24 percent decrease in employee turnover, a 10 percent boost in customer satisfaction, and increases of more than 20 percent in sales and profitability. Culture is the key to avoiding stagnation. Involving your people in the creation of a shared, scalable culture is a must for businesses that want to continue to grow, regardless of an organization’s size.

Don’t forget, though, that stagnation is not an automatic cause for panic, even if it is a time to seriously reevaluate who you are as a company. Slowdowns and plateaus are natural phenomena. But when you mention breaking out of a plateau, people are inclined to think that plateaus are downright bad and that you are in an inescapable rut. Not true. Plateaus are simply times to take a long, hard look at a company’s position, appreciate how it got there, regroup, and plan where to go next. Any organization―large, medium, or small―can avoid or recover from stagnation by taking a purposeful approach to building a culture that allows employees to thrive rather than simply survive.

An example, featured in my book “Culture Spark: 5 Steps to Ignite and Sustain Organizational Culture," comes from an interview with Richard Campo, co-founder of Camden Property Trust. When Campo and business partner Keith Oden launched their real estate investment trust, they knew one thing above all else: Their corporate culture was going to be nothing like the one they’d left behind.  It was the 1980s, and they had been working for an aggressive, fast-growth office developer.

“It had a swashbuckling, pirate ship culture,” Campo told me. “The people at the top let people do whatever they wanted to do. They created silos that led to situations where people didn’t collaborate and hated each other. To enhance your position, you used your prowess to make other people in other silos look bad. You became a street fighter. No one worked together as a team.”

Then came the oil bust, and everything really fell apart.

“The company plateaued and then collapsed. If they’d had the right culture, they could have done very well. But the really smart people ran for the exits and created incredible organizations of their own.”

Campo and Oden did a leveraged buyout of their group and around 1985, they started what became Camden Property Trust, a company that is today publicly-traded, with over $6 billion in assets and interests in more than fifty-five thousand apartment units. It’s also ranked twenty-fourth on the Fortune Magazine 100 Best Companies to Work For list. From the beginning, Campo said, they decided to build Camden in a totally different way from their prior experience and develop a positive, uplifting culture. “We wanted to be more collegial. We wanted to be more supportive. We wanted to make sure that as our organization grew, we didn’t silo it.”

The company started with two hundred people, but as it got bigger and broader, typical institutional issues arose. Staying collegial became more difficult. How did they tackle it?“

We had to put clear cultural statements in place. This is what we care about. These are our values. Here are our objectives. We built camaraderie through that. We were very specific in developing the culture we have today.”

Campo and Oden were extremely conscious that success can lead to complacency and plateaus, and they considered what they could do to prevent that. Camden’s ambition? To prove the company was living up to its values by getting on the Fortune Magazine 100 Best Companies to Work For list. At their second attempt, they succeeded. In fact, the company went on to appear in the top ten for six years.

“It’s a rarefied area. It’s hard to stay there. Having the culture for employees to aspire to be on the list is almost a self-fulfilling prophecy—part of their DNA,” said Campo, adding, “I think the foundational issues of culture get down to real simple concepts: trust, respect, credibility, camaraderie, integrity.”

WHAT IS CORPORATE CULTURE?

Here’s my take on corporate culture. Culture encompasses how we share information and communicate with one another, how we treat people, how we make decisions, the kinds of policies (or lack of policies) we have, and how we are structured. Culture changes and evolves. In fact, it needs to change and evolve. Culture is not set in stone, and it’s not one-size-fits-all. Culture must be aligned in a purposeful manner with your organization’s business, operational, and financial strategies. Misalignment often causes organizations to plateau as employees lose trust or enthusiasm and can quickly derail even the best business strategy because it represents immediate and lasting barriers to execution.
Our vision is to help people live more authentic and fulfilling lives by guiding the organizations they are a part of.